The first look at Ant-Man and the Wasp: Quantumania villain MODOK has surfaced online via a Funko Pop! figure that reveals his MCU design.
It’s no secret that the focus for Ant-Man 3 has largely been on Jonathan Majors’ Kang the Conqueror as it builds up to the events of Avengers: The Kang Dynasty. However, the time-traveling conqueror won’t be the only foe to face the shrinking team as MODOK will also be making his MCU debut in the February 2023 release.
The Direct first broke the news of the big-head villain’s involvement in December 2021 before it was made official at San Diego Comic-Con this year. Although signs are pointing to some major changes to his iconic comic appearance, anticipation is high to see how MODOK will ultimately fit into the Quantum picture.
The artist behind Quantumania’s MODOK has even called it “one of the best experiences” of his career to design the character, and fans are eager to get a proper look. There was a brief peak at the villain for lucky attendees of this year’s Comic-Con and D23, but that, unfortunately, didn’t make it into the public release.
Ant-Man’s MODOK Revealed By New Merch 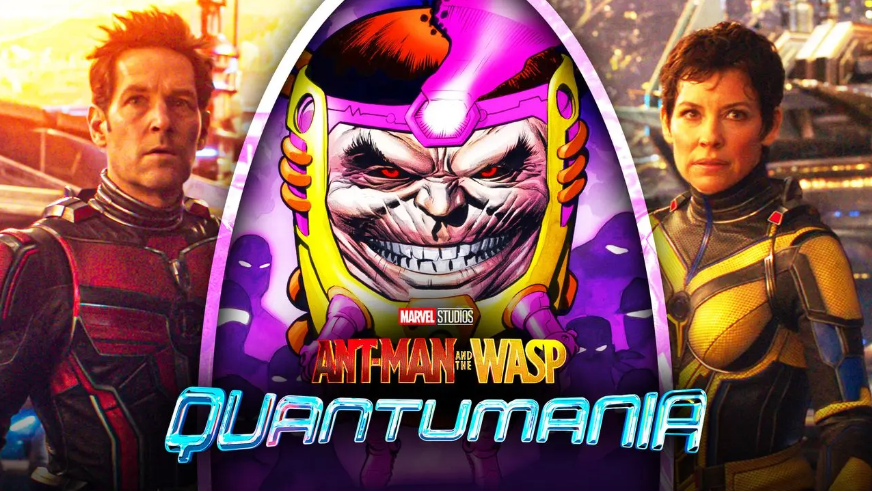 Just as had been described by those who saw D23’s Ant-Man 3 trailer, the MCU’s MODOK has some major changes from the comics. Perhaps the biggest comes from his golden faceplate, which could indicate he will be completely mechanical or maybe it’s just a mask designed to conceal the man underneath until release.
Several other Quantumania figures were also posted online, including better looks at the new costumes for Ant-Man and the Wasp, as well as Jonathan Majors’ Kang the Conqueror.
How MODOK Fits Into Ant-Man 3’s Kang Story
Marvel Studios has yet to properly reveal MODOK to the world, as he remained absent from the public trailer, so it’s too soon to be sure how he plays into the story. The crux of the story, based on what’s known so far, sees the Ant-Man family sucked into the Quantum Realm and sent to pull off a heist for Kang.
This leaves the question of how MODOK can fit into this adventure, with regard to whether he will ally himself with Kang, Ant-Man, or his own third party. One theory suggests the oversized villain may be floating around the Quantum Realm on the conqueror’s famous time chair, which could be what he sends the heroes to steal.
If this were to be the case, MODOK could end up being the main villain of Quantumania while Kang functions more as an “in the shadows” threat. As the time-traveler will be the the next big bad for the Avengers to face in The Kang Dynasty and Secret Wars, this would ultimately make a lot of sense.
But what’s still confusing is why MODOK appears the way he does in the MCU and why his face has been covered by a golden faceplate unlike his comic look. Perhaps the team simply had difficulty making that design translate to live-action, or maybe whatever may be behind the mask will prove to be a spoilery reveal.