Spider-Man: Freshman Year on Disney+ isn’t having the easiest run leading up to its release, but one Marvel executive may have given fans hope regarding its streaming run.
The MCU’s entire slate of projects from Marvel Studios Animation was recently put into serious jeopardy with the news that a number of layoffs cut down the animation team significantly in recent weeks. Reports noted that the studio is close to calling this endeavor “a failed experiment,” leaving the entire animated slate in limbo even with numerous projects in the works.
One specific project that’s seemingly in more jeopardy than the others is Spider-Man: Freshman Year, with rumors citing that Disney has at least floated the idea of canceling the project altogether. This would certainly be a disappointment for Spidey fans that have wanted to see more of the web-slinger in the animated sphere, especially with the news that the show will bring much of his rogues gallery into the spotlight.
Thankfully, one of Freshman Year’s producers may have just given fans a reason not to stress so much about this series’ potential hiccups
Spider-Man: Freshman Year Still Set for Disney+ Debut 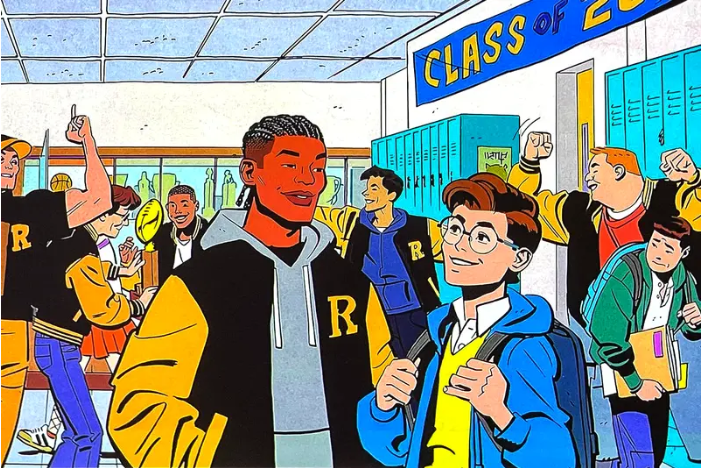 Celebrating the two-year anniversary of the day he pitched the series to Marvel Studios, he offered his praise to the “unbelievably hard-working and dedicated crew” that made this show a possibility. He also noted how proud he is of everything that’s been accomplished so far, calling himself “super lucky to have had this opportunity” to produce the show for Disney+:
Is Spider-Man: Freshman Year Truly Safe on Disney+?
Considering the rumors surrounding Freshman Year’s cancellation, especially with nearly two years until its debut, there were concerns that this news could mean the end of the Marvel animation era within the MCU. But thankfully, Jeff Trammell’s quote seems to indicate that his own project isn’t in any danger of moving to the chopping block anytime soon.
Thus far, only one animated show has made its debut in the MCU with Season 1 of What If…?, even though there are a few more that have been announced for development in the near future. The case of Spider-Man: Freshman Year will allow fans to get a new look into Peter Parker’s early days as a hero, even with plenty of confusion over whether it will be MCU canon or not.
Unfortunately, only time will tell what actually happens to this new animated project, with Phase 4 of the MCU about to end and Phase 5 about to take over the entertainment genre in the next few months. Hopefully, Marvel and Disney will be able to work out the issues with the animated department in the near future, and with Bob Iger on his way back as Disney’s CEO, fans are hoping for more steady development from all of the departments under his watch as a whole.