According to some experts, Dwayne Johnson’s Black Adam is being considered a flop, as the DCU epic draws near closing its theatrical run.
Despite Johnson’s best efforts of telling folks that “the hierarchy of power in the DC Universe [was] about to change,” the actor’s super-powered debut was not all that it was drummed up to be.
The long-gestating film finally hit theaters back in October to lackluster reviews, with words like “messy” and “forgettable” getting thrown around.
This, along with some competition in the marketplace, left the film to underperform at the box office, making just under $400 million in seven weeks, a mark that Black Panther: Wakanda Forever hit in just two weeks.
And now nearly two months after Black Adam’s debut, the film is officially being called a flop.
Black Adam Loses Money 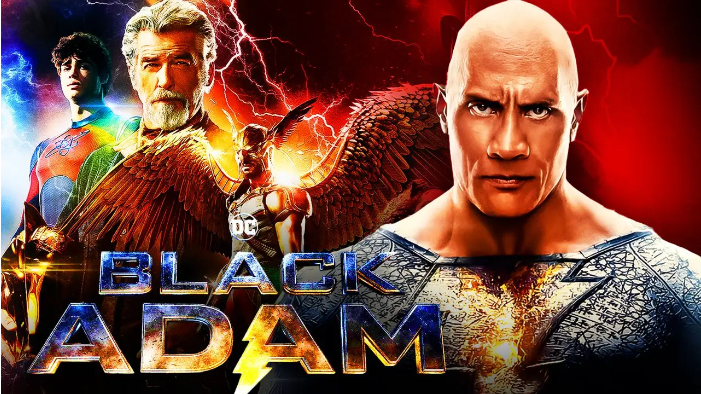 According to Variety, Dwayne Johnson’s Black Adam is set to lose money as it nears the end of its theatrical run.
The DC blockbuster, featuring one of the biggest stars in Hollywood, supposedly had to hit around the $600 million mark at the box office to turn a profit but has only brought in $387 million in seven weeks.
Experts say the Dwayne Johnson-starring epic will stall out at around $400 million after suffering an all-time worst DCU opening in its final opening market.
Seeing as the production budget for the film was $195 million, with roughly $100 million in marketing, this means Black Adam is expected to lose between $50 million and $100 million after theater owners take home roughly half the box office.
Some Warner Bros. executives disputed these numbers, noting the movie will break even at $400 million, a figure that has gone down by $50 million because of the potential for greater at-home release profits than what was projected when the film was green-lit.
How Bad is it for Black Adam?
To put this into comparison, Warner Bros. other DC blockbuster of the year, The Batman, earned roughly $770 million at the box office. These numbers pale in comparison to those of Black Adam.
Of course, there is the inherent idea that Batman is a more widely known commodity than Dwayne Johnson’s Man in Black, but one would expect a big-screen comic book movie hitting movie theaters in 2022 to at least break that $400 million ceiling.
Other pandemic-era DC films like Wonder Woman 1984 and The Suicide Squad earned $164 million and $165 million at the box office respectively, doing so with simultaneous HBO Max streaming releases along with theatrical debuts.
It will be interesting to see what this means for a potential Black Adam 2. As the new James Gunn and Peter Safran-led DCU administration come into power, does a supposed financial failure like Black Adam make it into this next iteration of the franchise?
Black Adam producer Hiram Garcia recently noted that a sequel is “not going to take that long” to get up and running; however, these numbers could change all of that.Especially after the stink that star Dwayne Johnson has been making about Black Adam being a “new era” for DC movies, this is almost embarrassing. In the lead-up to the film, and after its release, so much emphasis has been put on how the nearly-decade-in-the-making blockbuster would shake up the very foundation of comic book movie-making. That does not seem to be the case.
Black Adam is in theaters worldwide now.